ML10.19.20 Thomas Verny: News from the Frontiers of Research in Pre and Perinatal Psychology Copy

News from the Frontiers of Research in Pre and Perinatal Psychology

1. Differences between male and female growth rate of the CNS, implications for bonding-attachment.

2. The gut microbiome and C-section.

3. Complexities of the stress response. It’s not just cortisone.

4. Effects of cannabis consumption by pregnant mother and father on the unborn child. 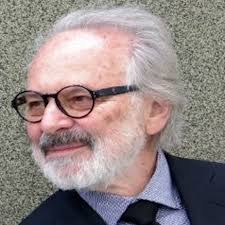 In 1974 Verny wrote his first book, Inside Groups, for McGraw Hill. The Secret Life of the Unborn Child (with John Kelly), Summit Books, 1981, has became an international bestseller published now in 27 countries. The Secret Life has changed the pregnancy and childbirth experience for millions of mothers and fathers.

Verny ‘s book, TOMORROW’S BABY: The Art and Science of Parenting from Conception through Infancy, written with Pamela Weintraub, was published in hardcover by Simon and Schuster, New York, in 2002 and in paperback under a new title, PRE-PARENTING: NURTURING YOUR CHILD FROM CONCEPTION in 2003. Pre-Parenting is now available in Spanish, German, Italian, Japanese and Portuguese.

Verny is the author or co-author of 47 scientific papers and articles. He has also edited two books; Pre and Perinatal Psychology: An Introduction and Gifts of Our Fathers, a collection of short stories and poetry.

Verny’s poetry has appeared in many journals. His collected poems, Cordless, was published by Ekstasis Editions, Victoria, BC, Canada. 2014.

Verny has participated in more than 250 newspaper, radio and TV interviews, including appearances with Donahue, Merv Griffin, Oprah, Sally Jessy Raphael, Barbara Walters, and Unsolved Mysteries. Vision TV, Toronto, Canada, produced a 15-minute special on Verny and his book, Gifts of Our Fathers, in 1996.

Dr. Verny’s books, professional publications and founding of the PPPANA, now APPPAH, and the Pre- and Perinatal Journal, have established him as one of the world’s leading authorities on the effect of the prenatal and early postnatal environment on personality development. He lectures and leads workshops on Prenatal and Perinatal Psychology and Psychotherapy through-out Canada, the United States, Europe, South America and Southeast Asia. In 2004 Mothering Magazine, in recognition of Verny’s contributions to the field of parenting and child rearing, named him one of their “living treasures.” In 2005 the Santa Barbara Graduate Institute bestowed on Verny a Doctorate of Humane Letters (DHL).

Dr. Verny retired from active practice in in 2014. He lives with his wife in Stratford, ON, Canada. He is Associate Editor of the Journal of Pre and Perinatal Psychology Association and Health (JOPPPAH) and member of the Ontario Review Board (ORB). The Ontario Review Board is established under the Criminal Code of Canada. The Ontario Review Board annually reviews the status of every person who has been found to be not criminally responsible (NCR) or unfit to stand trial for criminal offenses on account of a mental disorder. The Board is made up of judges, lawyers, psychiatrists, psychologists and public members appointed by the Lieutenant Governor in Council.

Dr. Verny is presently writing a new book on cellular memory. In his spare time he also manages to write short stories and poetry. Verny’s hobbies are chess, photography and traveling.

You can find more information on Dr. Verny at trvernymd.com

Back to
Login
Accessing this course requires a login. Please enter your credentials below!
Lost Your Password?