07. Join the Conversation with Michel Odent: “I have carefully chosen my mother.”

“I have carefully chosen my mother”

Short description: We are learning from fast developing scientific disciplines that the mother is transmitting much more than her genes to her offspring. 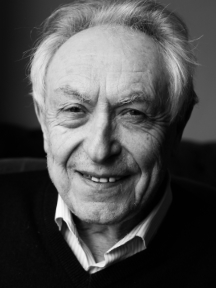 Michel Odent, MD, has been in charge of the surgical unit and the maternity unit at the Pithiviers (France) state hospital (1962-1985). During many years he has been the only doctor in charge of about 1000 births a year. He is the founder of the Primal Health Research Centre (London). He is the author of the first article in the medical literature about the initiation of lactation during the hour following birth (1977), of the first article about the use of birthing pools (Lancet 1983), and of the first article applying the ‘Gate Control Theory of Pain’ to obstetrics (1975). He created the Primal Health Research database (www.primalhealthresearch.com). He has been a member of the Professional Advisory Board of La Leche League International for about 40 years. His latest book is titled “The Future of Homo” (World Scientific 2019)

Michel Odent is Visiting Professor at the Odessa National Medical University and Doctor Honoris Causa of the University of Brasilia.

As English is a second language for Dr. Michel Odent, an accurate transcription is not possible at this time. However, a summary of Dr. Odent’s points are included below for your convenience:

Welcome everyone to “Join the Conversation” with Michael Odent as we kick off the beginning of Monday LIVE! Series Six. It is great to be back with you all.

Dr. Odent has been giving us a historical perspective and has brought us to the point where the mother is transmitting more to her offspring than the father.

Dr. Odent is speaking to the lack of understanding of birth pshysiology and the colonization of birth. Disregarding the woman’s natural way of giving birth. Why are human birth’s difficult? This is the question to start with.

The Neo-cortex must stop working for physiological birth to take place. Crucial.

The good sign is how women in hard labor can smell things that nobody else can.

Its a good sign when the perception is heightened during birth as it means the neo cortex is less active.

Michel is saying NO coach is necessary. The book he showed represents a great misunderstanding that a birthing woman cannot give birth by herself.

The words Method and Natural Birth are incompatible… can not have a method and still be natural.

There are two types of birth- Homebirth and birth elsewhere

We need to compare homebirth with birth elsewhere

The new paradigm of birth: PROTECTION.

Decolonizing birth. Changing the way we are thinking of birth.

Science has led to technological advances which have mostly disrupted the natural process.

Back to
Login
Accessing this course requires a login. Please enter your credentials below!
Lost Your Password?